belly and the members

Two slimy, pulsating, sculptural interventions, that emerge from the dark corners of the public washrooms in W139. Cancer-shaped-fantasy-creatures that address the viewer in speech and song via hidden speakers.The Belly and the Members is the title of one of Aesop’s Fables, a slave and storyteller believed to have lived in ancient Greece between 620 and 564 BC.

“It once happened, that all the other members of a man mutinied against the stomach, which they accused as the only idle, uncontributing part of the whole body, while the rest were put to hardships and the expense of much labour to supply and minister to its appetites.”

A story that has been used throughout history  to either – stand example of brave protest against misuse of power,  even at the cost of personal benefit, -or to discredit the productivity of protest and to  function as a metaphor for the impossibility to gain exteriority to the thing one is trying to undermine. In the light of the contemporary culture wars where trolling and bullying proof to be more effective tools than dialogue, and like and dislike, virtue and reputation, are accepted as currency, what is the worth today of critique? to whom belongs the hand that feeds us? and what does it mean to bite it? 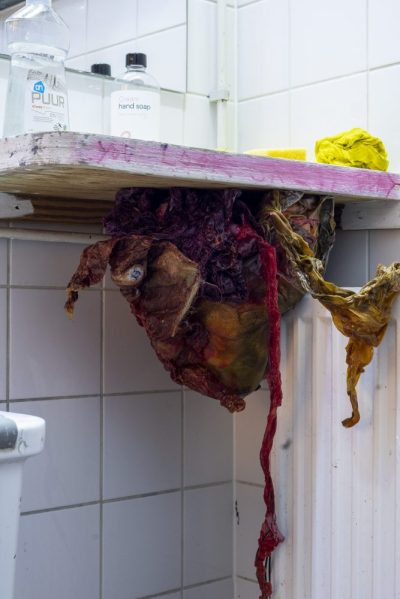